Why Changing Careers Fills Me With Relief

One thing that I didn’t expect to feel after deciding to leave my program was relief and lightness. I thought I would feel regret and sadness, and I did and I do. But I also feel joy that all the things I worried about my program and my future on that path are no longer relevant. 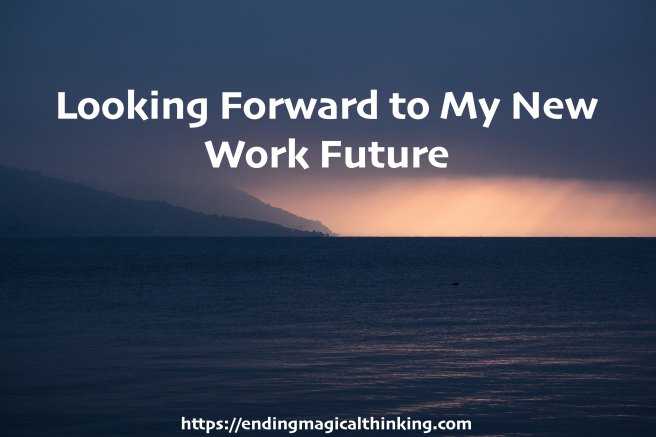 I can jettison my worries about not having published yet. I can stop beating myself up about not being a better language learner. And I no longer have to feel inferior about my shortcomings as a scholar.

After a particularly long week in which I was spending ten to twelve hours on campus taking a full load of classes, teaching, and offering office hours, coming home to make frozen pizza because I barely had the energy to take the plastic off the pizza, I had a conversation with a faculty member in the department.

“You last grant proposal draft was pretty good. You need to work on integrating work outside of South Asia. You’ve missed the last few lectures. They’re not on South Asia, but that’s why it’s even more important that you go.”

I nodded, “Yes, they sounded interesting, but my schedule doesn’t allow me to make the meetings.”

She pointed to another faculty member, “She is incredibly busy, but she still comes to them every week. You should have no problem doing so.”

I starred at her numbly. I wanted to cry. I bit my tongue and replied, “I’ll try.”

She shared, “We notice when students don’t come. You need to make more of an effort” and turned away to talk with other students.

The guilt, misery, and inferiority were eating me up. They starred as a series regular in a depressing pattern of obsessive thoughts.

I had forgotten how much I enjoy learning and writing. I also forgot that I AM good at researching and writing. I wasn’t having fun talking with people in other places. Instead, I felt pressure to get data. All my conversations with others in my program centered on our perceived failings and fear of the future. I was tired and exhausted and it was wearing me out more every day.

Looking Forward to the Future

Yet, now I can concentrate on my skills and ways in which I can use them in the future. I have the freedom to focus on my abilities and not my shortcomings.

I didn’t expect that. But it makes me even happier in my decision. When I started in academia I was five years younger and didn’t know as much about myself and my skills and strengths. Not only did I learn a lot in my graduate programs about history and anthropology and languages, but I learned a lot about what I am good at and what I am not.

I can make better decisions about the work I want and can do well as I am now and based on what I want now. I am more hopeful about finding work that I will be good as well as work that will make me feel more confident and secure in my abilities.

So it is with sadness that I sell my language textbooks, but also relief that I no longer have to feel guilty that I am not very good at languages.

It feels like a whole new opportunity to start from scratch worry-wise. Instead of unlearning my old worries and obsessive thought patterns, I can try to shape my thoughts more positively from the start.

Switching paths doesn’t mean that whatever new path I choose won’t have negatives or that I won’t be frustrated or bored or struggle learning new skills. If life is how we react to it, then I have a new chance to shape my reactions. I have hope.

And many of these new approaches will be to create a work path that allows me to have a full and balanced life—I’ll start with that as a priority and a value, instead of something I try to create in the edges long after I’ve already sacrificed it.

I feel that I have a much better chance at creating this balance now. Not only that, but I can preserve my self-confidence and joy in the work I do. I want to work hard and then have the energy to make dinner from scratch, write this blog, and work out with my husband.

Photo by Lionel Gustave on Unsplash

2 thoughts on “Looking Forward to My New Work Future”